first and foremost, a MOTHER

I know he is looking a 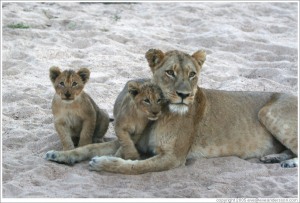 t me from the other side of the room, I should say, observing. I am kneeling on the floor, where LittleDumbass is having a full blown tantrum in the middle of MissAttitude’s birthday party – after all, is not easy being the only boy surrounded by 20 Beyonce’s wannabes.

He wants more soda; he knows soda is a special treat and he had enough and he ain’t getting more, so if he is thirsty, he is getting water. He throws himself on the floor and starts screaming.

I know he, from afar, is looking at me and observing my reaction. I know what he would do in this situation, but I know my son so I do whatever I know it works with him. I whisper softly in his ear to calm him down, while I rock him in my arms. With LittleDumbass the diversion technique always works like a charm.

On my way to the kitchen I raise my eyes and my eyes find his, and they see nothing and they see a lot at the same time. He will always blame me for disrupting his perfect life, how, – if you ask him – I stole everything from him. I know, and a part of me doesn’t care because I know where the blame is, but another part thinks it is pretty fucking unfair.

Behind his blank look, I see, like I have seen before, how he wished my life would had taken a different turn when I left him.

Sometimes I believe he wished I would turned into a desperate woman seeking comfort in bars, smoking, drinking, getting different men in the house, neglecting our children. Sometimes I believe he would like to find an excuse to blame me for ruining our lives – to shift the fact that it was his abusive behavior what broke our family.

After more than three years, I wonder if he has found that excuse, but I seriously doubt it.

Today he is not thrilled to be there, but since I asked him to help me out right in front of his new wife and baby, he now has to live up to some standards and confirms his assistance.

LittleDumbass is perfectly happy now with his water. He runs to him and to me giving alternate hugs. He is oblivious to the sharp air between his parents, or maybe not, but I want to keep believing that he is. MissAttitude is a whole different story. She is older and she has seen things. She keeps sending glances from the side of the room every second he sees us less than 2 meters apart from each other, because she knows that close distance between us is not always the closeness you want see in your parents, and one time that distance was so close that he had to be officially told that he wasn’t allowed to keep that close distance no more. And she was there and now she watches and gets on alert, because that closeness is was as volatile as wet dynamite and she better not let her guard down… just in case…

Parents come to pick up their kids; people I see on a daily basis, people I get to comment on some school friendly gossip, people I get to joke about stuff. He stands there, unable to participate because he has no idea of any school gossip, nor he knows any joke going around with the parents, and for that matter he simply doesn’t know most of the parents.

I think about introducing him to them – but then I don’t; I just think that maybe would be a better idea if he introduced himself a little more in her daughter’s life so he would know those people by default so no more introductions would be needed.

All and all, I wonder what goes on really deep down in his head, in his heart. Does he hate me more now because his children are growing happy and healthy, being raised solely by their mother alone? Would he like more if I was a failure and I neglected them?

He keeps forgetting that I am, first and foremost, a MOTHER.