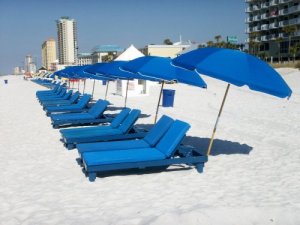 Every early morning during the summer season, you may notice several men rushing down to the beach and setting up hammocks and beach chairs on the sand, carefully aligned, like generals setting up their troops before battle.

Early, you would think, for people that will not get down there until some hours later.

It is all about positioning.

These men are patrolled are carefully instructed. There is some serious thinking on this. The chairs and hammocks have to be right in front of the water, with room enough to let the children play, but not so much that will make intrudes set base in front of them. One umbrella in between to ensure a chilling spot from the fierce of the sun, one behind the chairs as an invisible “keep out” sign –intruders set too close on the back front are equally disliked.

When the rest of the family comes down later on, they will friendly mingle, sitting here and there -depending of course, of who has the gossip and whom the gossip is about- but the marked territory will be seriously respected.

It is all about positioning and territory.

As all the rest in life.

Boyfriend looks for my hand when walking on the streets; he places his hand on my thigh when sitting around a table with some friends; he surrounds my shoulders on the movie theater.

She is my woman. This is my territory.

Was it socially acceptable, I am sure boyfriend would pee on me to ensure that.

The thing is, boyfriend is a “desperate-for-attention-24/7-whore” and he operates on social media on a regular basis. His weapon -or his trap- is flirting. His flirting, I know, may be easily misunderstood -or, on the other hand, it may not.

And peeing on intentional or unintentional flirting is not easy shit.

I am honest to admit I do, I do pee in this village call web, and in real-personal life, and I read him, and I read her, and this one and the other one, and him and her and… And at this pace, I may need to upgrade my reading glasses soon, because I have never read so much in my life.

Marking territory with our love ones is not an unnatural thing. We all do it. Animals do it too. The difference is how honest you are about it, how you do it and why you do it -the purpose this marking has.

It is not a matter of trust -because whit this need of attention, where the flirting lines with the trust may be as foggy as… fog.

Somehow I do take pride for my peeing.

Obviously this strategy makes other relevant players to position themselves, but some of them are so incredible lost that they don’t seem to be able to have a good strategy to pursue their purpose. Why does these participants become obsessed on positioning themselves on a game that is not even theirs anymore? As a somehow forced-to-be-objective participant, I wonder: Do they realize how futile their efforts are?

As long as boyfriend has made a hole on the sand, stick the base of the umbrella and throw some water to make it sit firmly… why do these other ones really bother?

As long as boyfriend does that, I am putting my chair right next to him. And I will listen and I will believe.

The moment he doesn’t… I don’t know. I wont even know what is my territory anymore, but I seriously doubt that I will waste any time making him feel guilty or ashamed.

I am already very tired as it is…

So for now I am taking my red heels off -because to stay on the sand you have to be as bare as possible- and for today I am sitting on the chair to his left side, close and tight. One day at a time, one battle at a time.

Tomorrow it all depends who’s rushing down to the beach first. 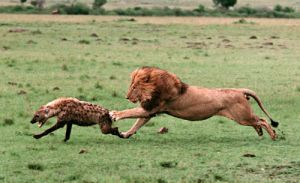